Gwyneth Paltrow Happy To Be A Working Mother

Gwyneth Paltrow doesn't feel as guilty about being a working mother as she used to because her kids, Apple, six and four-year-old Moses are ''self-sufficient''. 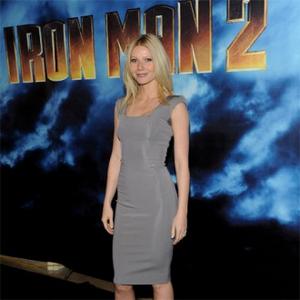 The 'Country Strong' actress - who has daughter Apple, six and four-year-old son Moses with Coldplay frontman husband Chris Martin - hates leaving her kids when she is making a film but admitted they are both independent and can cope with her absences.

She said: "To be honest, I think my son is a bit young for me to be away. I really feel like during the first five years of a child's life it's really important to be there as much as you can.

"I just feel lucky that I don't have to do every day. When I'm gone, I'm really gone. When I'm home, I'm really home. That's the way it works in our house."

Gwyneth, 38, also revealed she is still devastated over the death of her father Bruce Paltrow from cancer in 2002 and finds it difficult to come to terms with the fact that her children will never know their grandfather.

She said in an interview with the Huffington Post: "It was the most pivotal moment of my life. And it was terrible. When people ask me, 'How do you do a scene like that where you cry all day?' it's like, 'I have so much pain over the loss of that man.' Like I could cry for 100 years.