Gwyneth Paltrow is a 'shoulder to cry on' for Jennifer Lawrence

Chris Martin's ex Gwyneth Paltrow has become a ''shoulder to cry on'' for his new girlfriend, Jennifer Lawrence, after nude photos of the 'Hunger Games' star were leaked online. 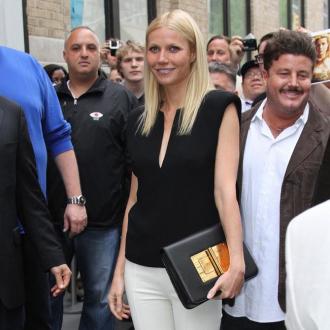 Gwyneth Paltrow has become a ''shoulder to cry on'' for Jennifer Lawrence.

The 42-year-old actress - who ''consciously uncoupled'' from Coldplay frontman, Chris Martin, earlier this year - is offering sympathy to Chris' new girlfriend, after nude photos of the 'Hunger Games' actress were leaked online.

A source told the Daily Star: ''When the leaked pictures came out, Jennifer was obviously horrified.

''Gwyneth sent Jennifer a message of sympathy and ever since then Gwyn has been a shoulder to cry on for Jennifer.

''Gwyn's been there and done that, and knows how to deal with the pressures of fame.''

Meanwhile, Gwyneth and Chris - who have always maintained an amicable relationship since their split earlier this year - have reportedly teamed together to support Jennifer.

The source added: ''From day one Gwyneth has given her approval of Chris and Jennifer's relationship.

''Having Gwyneth around to talk has really helped Jennifer to feel better about everything.

''If your new boyfriend's wife is on your side, you must be doing something right.''