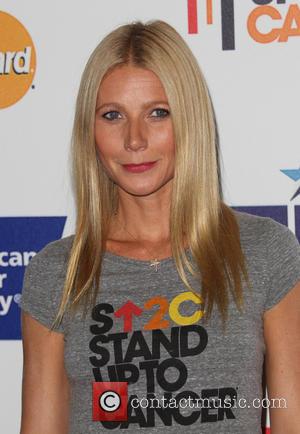 Gwyneth Paltrow is flattered by criticism of her healthy living brand from lifestyle guru Martha Stewart.

Stewart recently blasted the actress for creating the Goop website when she could be concentrating on her Hollywood career, telling Porter magazine, "She just needs to be quiet... If she were confident in her acting, she wouldn't be trying to be Martha Stewart."

However, the criticism has not fazed Paltrow, who insists she is more flattered than hurt during an interview at Fortune magazine's Most Powerful Women Summit in California on Tuesday (07Oct14).

She jokes, "No one has ever said anything bad about me before, so I'm shocked and devastated. I'll try to recover... If I'm really honest, I'm so psyched that she sees us as competition. I really am."

On Monday (06Oct14), it was announced that Paltrow had hired Lisa Gersh, the former Ceo of Martha Stewart Living, as Goop's new chief executive.