Gwyneth Paltrow is spearheading 'Stand Up For Cancer' - a week of programming culminating in a four-hour TV spectacular featuring music and comedy to raise money to go towards fighting cancer - in the UK. 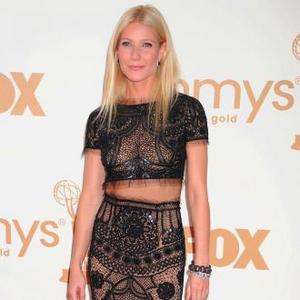 Gwyneth Paltrow is spearheading a cancer research fundraiser in the UK.

The 'Iron Man' actress is championing 'Stand Up For Cancer' - a week of programming culminating in a four-hour TV spectacular featuring music and comedy to raise money to go towards fighting the condition - after serving as executive producer on the same telethon event in the US.

A source at Channel 4 - who are planning the fundraising broadcast - told The Sun newspaper: ''This is a huge commitment for Channel 4 and will be the biggest thing of its kind on UK TV after [BBC charity appeal] Comic Relief.

''The idea is to provide an upbeat and fun night of programming that touches people and gets them reaching for their credit cards.

''We are slowly adding more names to the high-profile cast we will have doing things on the night.

''It will be all about having fun but with a serious cause attached.''

Stars believed to be taking part in the show - which will air in October - include Ricky Gervais, Peter Andre and illusionist Derren Brown.

Program chiefs are hoping Gwyneth can use her A-list status to get some of her US showbiz friends involved.

The US 'Stand Up For Cancer' event will this year feature stars including Gwyneth, her husband Chris Martin's band Coldplay, Julia Roberts, Taylor Swift, Alicia Keys and Matt Damon.