Gwyneth Paltrow Is Calling Out The Wage Disparity Between The Sexes In Hollywood, Insisting No One Is Worth The Salary Her Iron Man Co-star Robert Downey Jr. Takes Home. 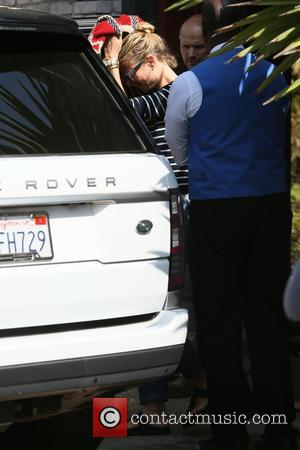 The Oscar winner has joined Patricia Arquette, Meryl Streep and Reese Witherspoon, among others, who have voiced their concerns about the fair pay issue in Tinseltown as leading men continue to pick up much bigger pay cheques than their female co-stars.

Paltrow tells Variety, "Your salary is a way to quantify what you’re worth. If men are being paid a lot more for doing the same thing, it feels s**tty."

And even though she stops short of suggesting her longtime friend doesn't deserve to be paid more for his leading man roles in the Iron Man and Avengers movies, she's adamant Downey Jr.'s fortune is already too extravagant for any occupation.

"Look, nobody is worth the money that Robert Downey, Jr. is worth," she contends, "but if I told you the disparity, you would probably be surprised."

According to editors at Forbes magazine, the actress earned $9 million (£5.6 million) over the past year, while Downey, Jr. raked in $80 million (£50 million), making him the world's highest-paid actor.