The actress credits her looks to a healthy and active lifestyle. 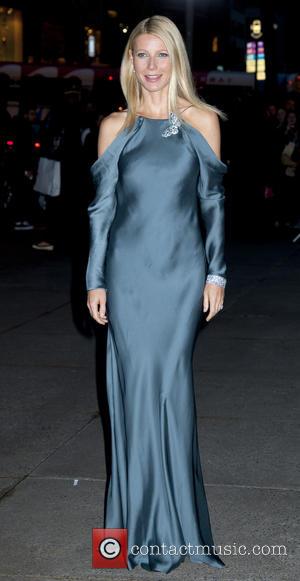 Gwyneth Paltrow has taken the crown from Beyonce as People’s most most beautiful woman of 2013. It’s the fourth time the 40-year-old actress has been featured in the special “Most Beautiful People” issue of the magazine, but she takes the top spot for the very first time. Paltrow, who is a mother of two, claims it is all due to her five-day-a-week workout regimen and her commitment to staying healthy.

"It makes me look younger and feel strong," Paltrow told the magazine. "When I first started, I thought, 'I'll never be good at this. This is a nightmare!' But now it's like brushing my teeth, I just do it."

This news comes right before the release of Iron Man 3, in which Paltrow reprises her role as Pepper Potts – a character, who is meant to be not only younger than her, but also quite active. The role looks to be physically demanding, so whatever Paltrow is doing, it’s obviously working.

Besides working on her acting career (despite cutting back a bit lately) and taking care of her two children, Gwyneth also released her second cook book “It’s All Good” this month. Another one of her multiple endeavors is the clothing website Goop.com. So besides being one of the most beautiful women on earth, Paltrow is probably also well qualified to take on Drew Barrymore’s recent “women can’t have it all” comment. It certainly isn't hard to see the reasons behind Paltrow's top spot.