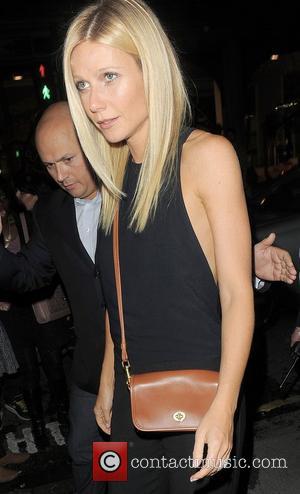 Gwyneth Paltrow was an Emmy Award Winner last night (10/09/2011,) as many of the behind-the-scenes gongs were given out at the Nokia Theatre in Los Angeles before the main ceremony takes place next weekend.

Paltrow was named Best Guest Actress In A Comedy Series for her role as substitute teacher Holly Holliday on hit US musical comedy 'Glee,' with The Washington Post reporting that she beat fellow actress Tina Fey, among others, to the accolade. Fey had been nominated for guest hosting Saturday Night Live back in May.

The 38 year-old first appeared on US screens as Holliday - the substitute who stands in for the Glee kids main teacher Will Schuester - in November of last year, singing 'Do You Wanna Touch Me (Oh Yeah,) by Gary Glitter, 'Nowadays' from the musical 'Chicago' and 'Forget You' by Cee-Lo Green. The latter was so successful that she resultantly performed the song live with Green himself in February at the 2011 GRAMMY AWARDS. Indeed, her performance throughout the whole episode was such that she was quickly signed up for a second appearance that followed in March - seeing her character return as the school's Sex-ed teacher.

Paltrow, however, wasn't at the ceremony - which also saw Justin Timberlake win for his spot guest hosting Saturday Night Live - with CBS News reporting that whilst "thrilled" with the nomination, and a fan of her character on the show, she'd only just been reunited with her children in London following promoting her latest film 'Contagion.'