Gwyneth Paltrow thinks she looks better now and is happier in her skin than when she was 24. 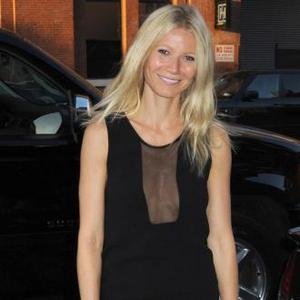 Gwyneth Paltrow thinks she looks better now than when she was 24.

The 'Sliding Doors' actress is about to turn 40 next month, and is comfortable in her skin and feels she is ageing well.

She said: ''When you're midway through your life, it definitely raises questions, but it hasn't been about vanity or ageing. It's more about what I've achieved, what do I want to achieve for the rest of my life, and what direction do I want to go in? But I like being older. It's nice to actually know yourself and feel relaxed. And I actually think I look better now than I did when I was 24, so I'm very comfortable with myself.''

Gwyneth is mother to two children, Apple, eight, and Moses, six, with her husband Coldplay singer Chris Martin and says bringing them up has meant she has had to get used to waking up early.

She added: ''I've become an early riser. It's weird, because I was always more of a stay-up-late girl, but when you have kids your evenings become more special, your time alone. Still at the Met Ball earlier this year, I was out until four in the morning. I had to get up at 5.30 the next day to catch an 8am flight back to London. I had one hour sleep. It was brutal.''