Gwyneth Paltrow has confessed she is ''proud'' of how she and Chris Martin have handled their separation. 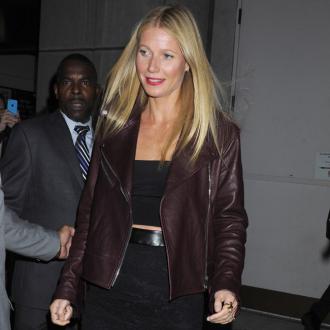 Gwyneth Paltrow feels ''proud'' of her split from Chris Martin.

The 'Iron Man 3' actress - who 'consciously uncoupled' from the Coldplay star after nine years of marriage in March this year - is pleased by how close the pair, who have Apple, 10, and eight-year-old Moses, have grown following their separation, although she admits it would have been ''better'' for them to stay together for their kids.

She said: ''We've made a lot of mistakes, and we've had good days and bad days, but I have to say, I'm proud of us for working through so much stuff together - and not blaming and shaming.

''Of course, there are times when I think it would have been better if we had stayed married, which is always what your children want. But we have been able to solidify this friendship, so that we're really close.''

The 42-year-old actress also confessed their split would have been ''easier'' if they hadn't remained close but she is happy they stayed in contact with each other for the sake of their youngsters.

She told Britain's Harper's Bazaar magazine: ''It's painful, it's difficult, it might be easier to say, 'I never want to see you again', but what good does that do anyone?''

The blonde beauty - who met the 'Fix You' hitmaker in 2002 just weeks after her father, Bruce, died - admits she would have struggled to get through the difficult time without Chris, 37, by her side.

She said: ''It was very fast. I feel like I would have died somehow if I hadn't met him at that time. I felt like I was going to die of grief. I remember waking up, on one particular night, where I felt like I was having a heart attack and I couldn't breathe... I lay on the floor of my apartment in London and I thought, 'I'm not going to survive this.'

''And he just picked me up and he was so loving and patient through all my grieving. He's really great in a crisis. He has incredible empathy when it comes to somebody's pain.''