Gwyneth Paltrow says a dramatic overhaul of her diet changed her as a person and also had an impact on her marriage to Chris Martin. 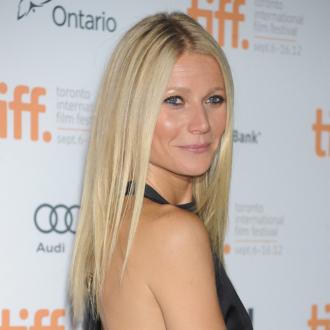 Gwyneth Paltrow's diet change made her marriage a ''challenge''.

The 40-year-old actress - who has children Apple, nine, and Moses, seven, with Coldplay frontman Chris Martin - undertook a dramatic cleanse a few years ago which saw her cut out wheat, dairy, sugar and processed foods, and says altering her eating habits made her a better person.

She explained to the new issue of Self magazine: ''You feel lighter and your emotions get smoother.

''[Before,] I had a lot of unexpressed anger. I made everyone else's feelings more important than my own. I'd suck it up and then be alone in my car yelling at traffic or fighting with hangers in my closet when they got stuck together.

''You're not learning anything unless you're having the difficult conversations. Dealing with things directly changed my relationships. Sometimes when you get clear about who you are, others get less comfortable because they liked who you were. It's changed my marriage, too, but he's up for the challenge.''

Prior to the change, the 'Iron Man 3' star - who undertakes the tough detox regime ''two or three times'' a year - used to deal with stressful situations by turning to pills and alcohol to ''knock herself out''.

She added: ''I had to sing at awards shows, which was fun but stressful. I'd have a Guinness and a beta-blocker every time. I also was constantly getting on airplanes, trying to knock myself out with sleeping pills and wine, waking up, trying to sweat it out with exercise and a steam, and then working really hard all day.

''Eventually, I had a panic attack. My body was like, 'What is happening?' ''