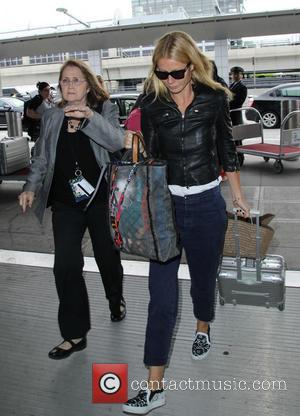 A representative for Gwyneth Paltrow is adamant the actress is not rekindling her relationship with estranged husband Chris Martin despite numerous sightings of the two stars together since their split.

The Oscar winner announced in March (14) that she and Coldplay frontman Martin had broken up, cryptically referring to the split as a "conscious uncoupling".

Since then the two stars, who are parents to 10-year-old daughter Apple and son Moses, eight, have been spotted out dining together on at least four occasions, sparking speculation they are working to revive their romance - but a rep for Paltrow has now spoken out to pour cold water on the gossip.

The spokeswoman says, "You will many times see them together, as they are raising two children. I don't know why that is surprising since they were very clear when they announced their break-up that they were still very much a family, just not a couple."