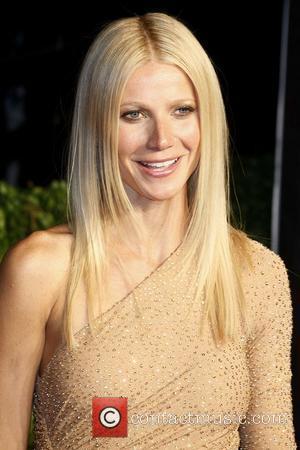 Gwyneth Paltrow may be joining the likes of Kid Rock, Janelle Monae and James Blunt by signing with Atlantic Records.
Gwyneth Paltrow, the American actress who has reportedly been in negotiations with a number of record companies, could be set to sign with the Warner Music-owned label Atlantic Records, reports the New York Post.The actress, who is married to Coldplay lead singer Chris Martin, has stated her intention to break into the music business after impressing with her singing performances on the movie 'Country Strong'. She also performed on the hit musical-comedy Glee and sang live at both the Country Music Awards and the Grammy Awards. A source close to the actress said, "Gwyneth's agents have been talking to a number of labels about landing her a substantial record deal. Those who have heard the music say it's country pop. Many labels would be reluctant to give a deal to a star whose first priority is film, but in recent weeks there have been discussions with Atlantic. Gwyneth is a very different name for Atlantic, and one who brings a lot of recognition". The label's roster includes the aforementioned Kid Rock, as well as the rappers Sean Paul and T.I.
As well as her foray into the music world, Gwyneth Paltrow is set to star in the forthcoming action sci-fi movie 'Contagion'. The Steven Soderbergh film also stars Matt Damon, Jude Law and Kate Winslet and will hit cinemas in the US on 21st October 2011.