Gwyneth Paltrow is considering renewing her wedding vows to celebrate her 10 year wedding anniversary with Chris Martin in December. 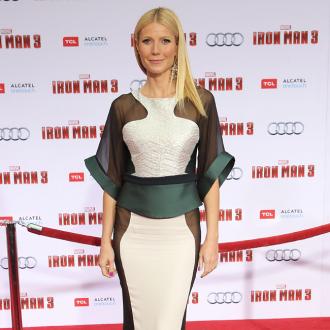 The 40-year-old actress and her husband Chris Martin's 10th anniversary is coming up in December and Gwyneth admitted they may choose to mark the occasion with a vow renewal ceremony.

She told E! News: ''People do that a lot now, don't they? Nobody in my family has ever done that. You never know.''

'Iron Man 3' star Gwyneth - who has kids Apple, eight and seven-year-old Moses with the Coldplay frontman - recently revealed the secret to their marriage is that they don't try to change each other.

She explained: ''I totally accept him and what he does, so I'm not the type of wife who is like 'Where are you?' I never make him feel hemmed in or like he's in trouble.

''And on a personal level as friends, we really get along. We really laugh, and we're super into our kids. There's a good foundation.''

They also haven't ruled out having more kids, with Gwyneth saying: ''We all think 'Urgh, I don't want to go back to diapers'. But my best friend's mom once said 'Don't do your planning around the pain of infancy, because it's so finite. Plan it around how many people you want at Thanksgiving.'