Gwyneth Paltrow has reportedly lost her passion for movies and wants to focus on building a lifestyle brand. 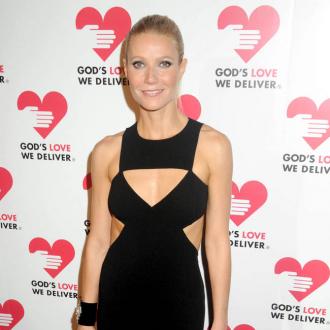 The 40-year-old star has reportedly grown tired of acting and wants to focus on her burgeoning lifestyle business, including growing her website, Goop and the fitness company she runs with trainer Tracy Anderson

A source told Us Weekly: ''She's lost her passion for movies. She admires Jessica's empire. She wants to make a killing.''

However, Gwyneth doesn't plan to give up acting full time with her representative telling the publication: ''She won't quit acting. Her plan is to do one, maybe two supporting parts a year.''

She said: ''The morning of my 40th birthday, my children and husband woke me up with hugs and gifts, and I proceeded to have the best week of my life. I feel really happy being 40, now that I'm on the other side of it.

''There was definitely some uncomfortable anticipation. But I'm amazed at what I've been able to accomplish, that I've maintained my important relationships and have such incredible women friends, that I have two funny, beautiful children who can give me a real life. In a way, I feel like no one should make big life decisions until 40. It's when it all starts to settle and become clear.''