Gwyneth Paltrow's Kids Think She Is A Singer

Actress Gwyneth Paltrow's children think she is a famous singer after she spent the past year learning to play the guitar for her latest movie role. 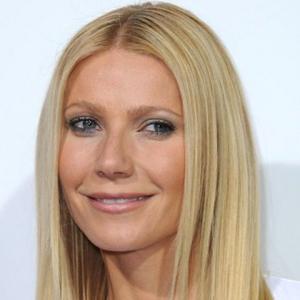 Gwyneth Paltrow's children think she is a famous singer.

The Oscar-winning actress - who is married to Coldplay frontman Chris Martin - says six-year-old Apple and Moses, four, have no idea she is a movie star but believe she is the musician of the family after witnessing her spending the last year learning guitar and exercising her vocal cords in preparation for her role as musician Kelly Canter in new movie 'Country Strong'.

She said: "My kids have never seen me in anything.

"I mean, they know I work but they think I do singing, which is hilarious. They probably saw me for a year practising my guitar and singing and they think that's my job."

Gwyneth also admitted she had never heard of musical TV drama 'Glee' until she was offered a guest role as substitute teacher Holly Holiday - which she is due to reprise next year - but quickly got "obsessed" with the show.

She admitted in an interview with The Sun newspaper: "I was like, 'What is 'Glee'?' I live in a cave, and my brother was like, 'You have to do it. It's this amazing show.'

"So then I started watching it and I got totally obsessed with it, to the point where I got on set and I was kind of star-struck."

Gwyneth - who lives with her family in London - has also credited her down-to-earth children with keeping her grounded.

She explained: "Real life is when your kid is at the table making a joke about their butt and you're laughing - that's the best thing about life, that human interaction and connection."