Gwyneth Paltrow has admitted gaining 20 pounds for her role in new film 'Country Strong' was a ''nightmare'', as she couldn't stick to her strict diet and exercise regime. 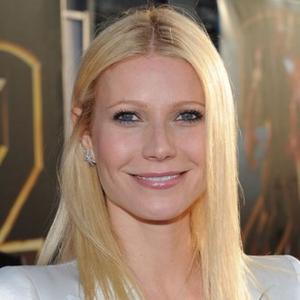 The Oscar-winning actress - who had to gain 20 pounds for new film 'Country Strong' - admitted she "panicked" when she became aware that she wouldn't be able to stick to her strict diet and exercise regime.

She explained: "The nightmare thing about it is I had to stop working out. At first I panicked so I would work out a little bit and then I had to lie and be like, 'No I didn't work out'. I'd be on the treadmill and be like, 'I really have to stop this'.

"My body didn't really fall apart until right after we finished the movie and now I'm having problems."

However, the 38-year-old star - who is married to Coldplay frontman Chris Martin - confessed she enjoyed being able to drink more for the role, as she is "a lush".

She told talk show host Chelsea Handler on 'Chelsea's Big Interview Special': "I drink a lot. I like red wine, but I'll drink white, rose. Guinness is my favourite beer, I like a dirty vodka martini. I'm just a lush, basically."