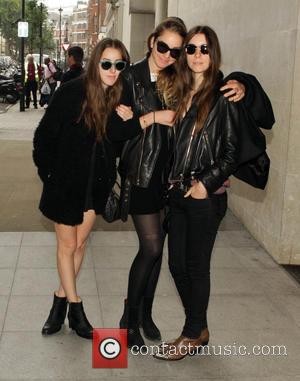 U.S. band Haim has beat Justin Timberlake to the top spot in the U.K. album chart.

Last week's (begs30Sep13) number one album - Mechanical Bull by Kings Of Leon - slipped down to three, while Arctic Monkeys' Am static and Drake's Nothing Was The Same rounded out the top five.

In the singles chart, OneRepublic scored their first ever U.K. number one track with Counting Stars, closely followed by The Vamps' Can We Dance.

Jason Derulo fell to three with Talk Dirty, Katy Perry was at four with Roar and Chase and Status' Count on Me came in at five.