Hollywood stuntman Hal Needham dies at the age of 82, leaving behind arguably the greatest career a stuntman has ever had. 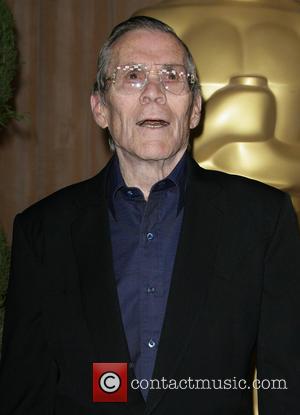 Hal lost a short battle to cancer in Los Angeles. Regarded as the highest paid stuntman in the movie industry, Needham received an honorary Oscar in November 2012 at the Governors Awards.

The academy honoured the late star because he was "an innovator, mentor and master technician who elevated his craft to an art and made the impossible look easy."

On hearing the news he will be receiving the award, Needham said, "I've never been presented anything this prestigious in my life."

The stuntman doubled regularly for his friend, Burt Reynolds and in 1976 Needham debuted as a director with 'Smokey and the Bandit' which starred Reynolds, who also went on to be the lead man in Needham's 'Hooper'(1978) and the 1981 comedy film 'The Cannonball Run'.

The former paratrooper co-founded a prestigious group called 'Stunts Unlimited' in 1970 with Ronnie Rondell and Glenn Wilde, who recruit 11 of Hollywood's top stuntmen prospects to join the elite organisation.

In an interview with The Hollywood Reporter in November of last year, Needham discussed his rise to the top stuntman in showbiz;

"My first job was as a treetopper, and I was so damn good at it they called me "Squirrel, and then I joined the military and became a paratrooper. And later on in life I raced motorcycles and cars. So I had a pretty good background for it. Plus, I was a pretty good athlete. When I came in, Westerns were the big thing, so I did horse falls, transfers, bulldogs, big fights. That's where you could really shine if you were really good at it. But then all the Westerns stopped, and I was capable of doing car stunts, motorcycle stunts and high falls. I could do it all. I worked every day. I never turned down a stunt."

In Needham's autobiography, which was released in 2011, he revealed he's broken 56 bones in his lifetime as well as knocking out a few teeth and puncturing a lung.