Halle Berry has opened up about witnessing her mother subjected to domestic violence when she was a child. 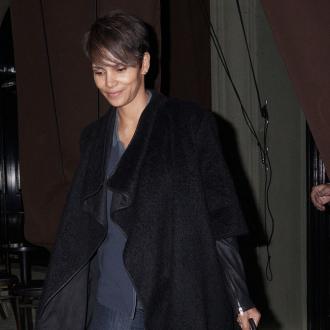 Halle Berry is ''damaged'' by witnessing domestic violence as a child.

The 48-year-old actress - who has a six-year-old daughter, Nahla, from a previous relationship and 16-month-old son Maceo with husband Olivier Martinez - was just five years old when she watched her mother ''beaten day after day after day'' and get ''kicked down stairs'' by her husband and admits what she witnessed has stayed with her.

Speaking at the unite4:good's unite4:humunity gala last night (19.02.15), she said: ''I'm a victim of domestic violence. I wasn't married to a man that beat me up, but my mother was.

''Knowing that she wanted nothing more then for her little girls to see her be empowered and be a woman of strength, but having no way to make that happen was heartbreaking for me,'' Berry said.

''She stayed for too long and her children, my sister and I, saw far too much and I've suffered the damage of being a child of domestic violence.''

Halle was honoured at the event for her 15 years working with the Jenesse Centre, a Los Angeles domestic violence intervention programme and says the facility is her ''heart and soul''.

She said: ''The reason I say this organisation is my heart and soul is because I understand the good that it does and the lives that it changes and the impact it has on women and the children in our community.''

Others recognised for their charity work at the event, which took place at the Beverly Hilton hotel, were Pink, Ewan McGregor, Amy Poehler, Aaron Paul and his wife Lauren Parsekian, Christina Applegate, Josh Hutcherson and Zendaya.

Halle Berry Claims Her Oscar Win "Meant Nothing" For Diversity