Halle Berry To Be Honoured At Style Awards

Oscar-winning actress Halle Berry is to be honoured at the Annual Costume Designers Guild Awards next month, which will be hosted by Kristin Davis. 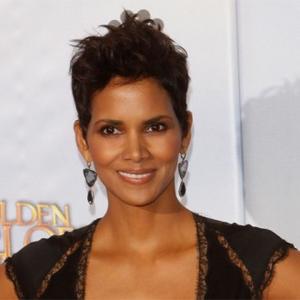 Halle Berry is to be honoured at the Annual Costume Designers Guild Awards next month.

The Oscar-winning actress will receive the newly titled Lacoste Spotlight Award at the stylish event at Los Angeles' Beverly Hilton Hotel on February 22.

The star-studded ceremony - which pays tribute to the best in film, television and commercial costume design - will be hosted by 'Sex And The City 2' star Kristin Davis, who is bound to woo the audience with her choice of stylish dresses.

Costume designer Julie Weiss will be honoured with the Disaronno Career Achievement in Film and Television Award, which will be presented to her by screen legend Robert Duvall, while Ashton Kutcher and Demi Moore will introduce Julie with a video montage highlighting her expansive career.

Other notable honourees include director Joel Schumacher, who will be presented with the Distinguished Collaborator Award, and the late costume designer Michael Denniso, who will be inducted into the Guild's Hall of Fame.