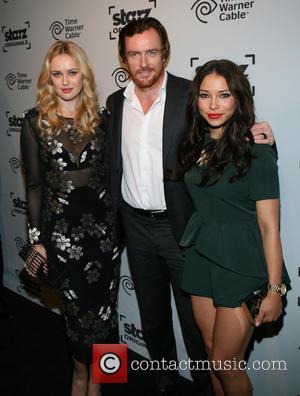 British actress Hannah New was left red-faced during a ceremony honouring her upcoming Tv show Black Sails when she broke a historic bell from a famed U.S. Coast Guard ship.

The pirate drama, a prequel to Robert Louis Stevenson's classic Treasure Island, was feted at a dinner held by officials at The Explorers Club in New York City on Tuesday (14Jan14).

New was given the chance to ring a historic bell at the club, but broke off its clapper in front of a shocked crowd.

The device was originally from the USS Bear, a U.S. Coast Guard ship which sank in 1963, 89 years after it first sailed.

According to New York gossip column Page Six, the bell had been rung over 100 times and had never broken.

After the accident, New took to Twitter.com to write, "Oops! All that Black Sails training and I don't know my own strength!!"

The blonde beauty plays Eleanor Guthrie, the daughter of a wealthy black market salesman, on the show, which debuts in the U.S. later this month (Jan14).