Hard-Fi have vowed not to wait too long before releasing their next album after their most recent LP came out for years after its predecessor.

Hard-Fi have vowed not to wait too long before releasing their next album.

The 'Cash Machine' hitmakers released their third album, 'Killer Sounds' last year - four years after second record 'Once Upon a Time in the West' - and though they insist they haven't put a deadline on their next release, it won't be as big a gap as last time around.

Frontman Richard Archer said: ''We want it to be sooner than the last one, you know, that was like just ridiculous, so we want it to be... We thought that we've got to come back with something fairly soon.

''There's no deadline on it because it's just there's no point, there's so many other factors involved, but we do definitely want to at least have material ready to roll if we need it.''

Despite it being seven years since the release of their debut album 'Stars of CCTV', the group insist they still don't tire of playing songs from the record.

Speaking to Absolute Radio's Mark Crossley ahead of their performance at London's Hard Rock Cafe on Tuesday (27.03.12), drummer Steve Kemp said: ''I mean, I think, not to blow our own little trumpet, but they're great songs, so people really like them, we like them, so it's not got boring, it's not like 'Oh no, we've got to do Cash Machine again', you know, it's still pretty cool.

''Maybe one day [it will get boring], but not quite yet, you know, and the crowd reaction is always really, really great for them.''

Hard-Fi were performing at Hard Rock Cafe London in support of The Prince's Trust. Tune into Absolute Radio on Sunday 15 April from 10:30pm to listen to highlights from the gig with an exclusive interview. For more visit absoluteradio.co.uk. 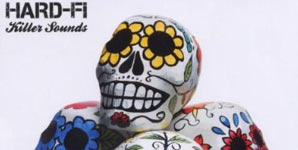 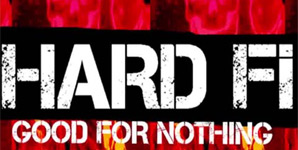 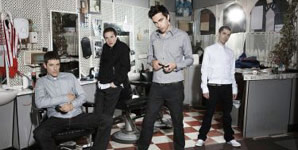 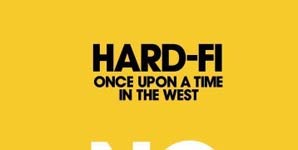 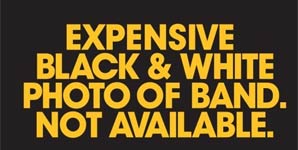 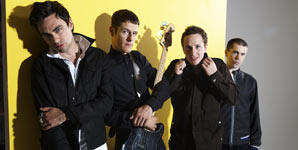 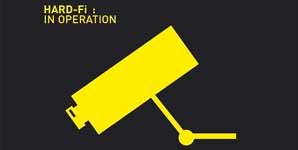 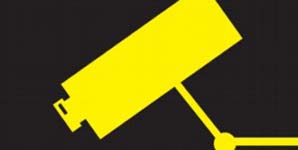 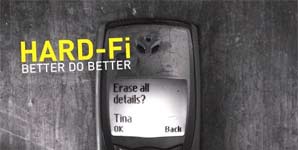