Harrison Ford Is Open To A 'Blade Runner' Sequel, But Are We?

The actor has apparently spoken with director Ridley Scott about the potential of bringing his sci-fi vision back to the big screen. 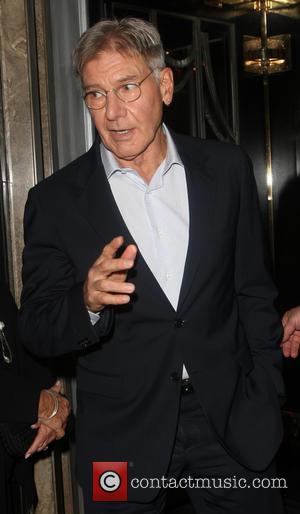 Harrison Ford is likely to make his return to the sci-fi genre when Han Solo returns in the upcoming, JJ Abrams-directed sequels to the original Star Wars trilogy.

In a recent interview with IGN.com, the Indianna Jones star also revealed that he could potentially return to another lauded sci-fi universe in the near future; that of the replicant-inhabited Earth from Ridley Scott's 1982 film Blade Runner.

"I truly admire Ridley as a man and as a director," he told the website. "I would be very happy to engage again with him in the further telling of this story." There have been rumors floating around the internet for two years now that suggest Scott is working on a follow-up to his sci-fi noir.

These rumors came after production team Alcon Entertainment said that Scott is working on either a sequel or prequel to the film, but at the time made no comment on Ford's potential involvement.

The film - which was based on Philip K Dick's novel Do Androids Dream of Electric Sheep? - followed Ford's character Rick Deckard, a police officer whose job it is to hunt down genetically engineered, human-like androids, known as replicants.

Posing a threat to the safety and preservation of the diminishing human population, Deckard's morals, beliefs and his own safety are challenged with each replicant he comes into contact with.

Ford's interview didn't give any further information about the potential project, only that the Oscar-nominated actor would be interested in being involved with another Blade Runner should the opportunity arise.

Should we be treated to a second Blade Runner, lets just hope it's not as much of a let down as Prometheus. Ford will next appear in Ender's Game Ridley Scott is supposedly interested in a new Blade Runner