Harrison Ford On The Mend But 'Star Wars: Episode VII' Delayed By Weeks

Ford's leg injury will take its toll on the 'Star Wars' scheduling. 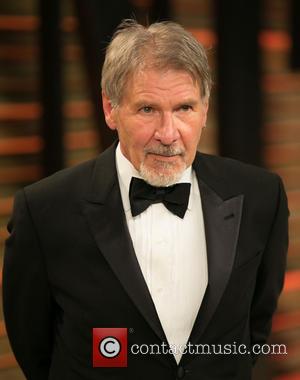 Harrison Ford's broken leg could set back the production of Star Wars: Episode VII by up to two weeks, according to a new announcement made by Disney. The actor, who'll be reprising his role as Han Solo in the film, sustained the injury last month whilst filming for Jj Abrams' new sci-fi instalment.

The veteran movie star faces up to six weeks of rehabilitation to get him - quite literally - back on his feet after a piece of the movie set crushed his leg on the 12th June at England's Pinewood Studios.

Shooting has continued in Ford's absence with Star Wars bosses working around the missing character. Now shooting has had to be halted for two weeks by the studios although Episode VII is still "on track" to wrap in the fall and be released in December 2015, according to the AP.

The accident occurred when the hydraulic door of the franchise's most iconic spaceship, the Millennium Falcon, fell on the 71 year-old's leg, warranting an urgent airlift to hospital and subsequent surgery.

At the time of the accident, his publicist, Ina Treciokas, released a statement to reassure fans that Ford was doing well and set to return to the movie. "His surgery was successful and he will begin rehab shortly. He's doing well and looks forward to returning to work," they wrote.

The news of Ford's steady recovery coincides with the news that the movie has welcomed on two newcomer cast members resulting from open auditions. They are Britain's Pip Andersen, a 23-year-old freerunner from Taunton, and American Crystal Clarke, who is currently studying in Glasgow. Their roles are unconfirmed. Although Harrison Ford Is Making A Recovery, 'Star Wars VII' Will Be Delayed By Two Weeks.