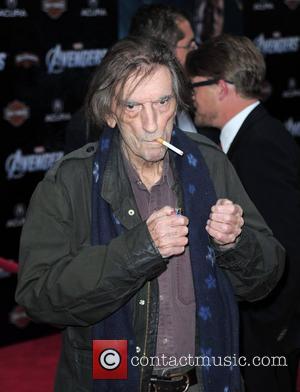 Actor Harry Dean Stanton once recorded a track with Bob Dylan, but the song was never released.

The Alien star became friends with the music legend while they were both working on 1973 movie Pat Garrett & Billy the Kid, and the actor went on to make an appearance in the music video for Dylan's 2008 song Dreamin' Of You.

Stanton has now revealed he also recorded a song with Dylan, but no one ever got to hear it.

He tells Britain's The Observer newspaper, "Dylan and I got to be very close. We recorded together one time. It was a Mexican song. He offered me a copy of the tape and I said no. Shot myself in the foot. It's never seen the light of day. I'd sure love to hear it."