Hill, who had appeared on the show to promote his upcoming tour, shouted: “That's for the guys who wear papooses, alright! It's for Ross Kemp and for Daniel Craig,” after having used his shaving foam pie on Morgan. Piers sat there wiping the foam off his face for a good number of seconds whilst the comedian teased: “Now this is called milking.”

Chaos then reigned as Morgan used his pie on co-presenter Susanna Reid and then throwing some of the mess from his face at Hill.

Ross Kemp, another guest on the show, had earlier defended fathers using slings to hold their infants close to their bodies as they walk about.

“If I fall over now I have two hands to protect the child. If I have to carry the shopping, I can carry the bag in one hand, walk the dog or open the car door,” the former ‘EastEnders’ star explained. “It’s really good for babies. It’s good for their digestive system… it’s bonding with my baby. It makes you more of a man because it shows you care.”

Harry Hill has a parting thought for Piers on the papoose debate. See you soon @piersmorgan ??@HarryHill | @susannareid100 pic.twitter.com/HuZcPVHNER

Morgan has also been stirring controversy in the aftermath of the Duke and Duchess of Sussex – that’s Harry and Meghan, btw – announcing earlier in the week that they are expecting their first baby in the spring of 2019.

“Will it eat meat or will it be a vegan? I’d imagine she’s going to put this little thing through the wringer, right — it’ll be vegan, no avocado, it’ll be gender-fluid, a gender-fluid vegan,” the tiresome TV personality finished. 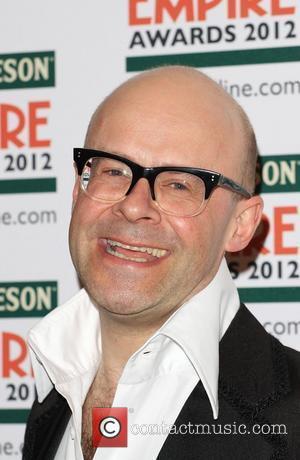