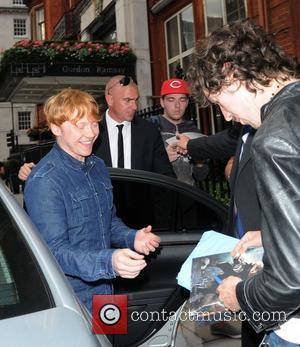 Britain's Daily Telegraph has jumped the gun with a review of the final Harry Potter movie, Deathly Hallows, Part 2. It is written not by one of the newspaper's regular film critics, who would have been barred from doing so by agreeing tacitly to an embargo of their reviews until the movie premieres in London on Thursday, but by children's book author Philip Womack, who occasional contributes book reviews to the newspaper. Womack gives high marks to the performances of the three leads, Daniel Radcliffe, Emma Watson, and Rupert Grint "Radcliffe's erstwhile prankishness has transformed into a heroic stoicism; Watson has perfected the requisite winsome, fearful look, panting and gasping with the best of them; and even Grint can now do 'emotional,' pulling off a big scene in which one of his brothers is slain." As for the movie itself, he concludes "This is monumental cinema, awash with gorgeous tones, and carrying an ultimate message that will resonate with every viewer, young or old there is darkness in all of us, but we can overcome it."