But you might need to check your Gringotts vault before buying a ticket.

Harry Potter fans are in for a magical treat this Christmas as Hogwarts opens its doors to host an unforgettable festive feast. Lucky fans will be able to enjoy a meal in the iconic Great Hall at Warner Bros. Studio in London and feel just like Harry, Ron and Hermione. 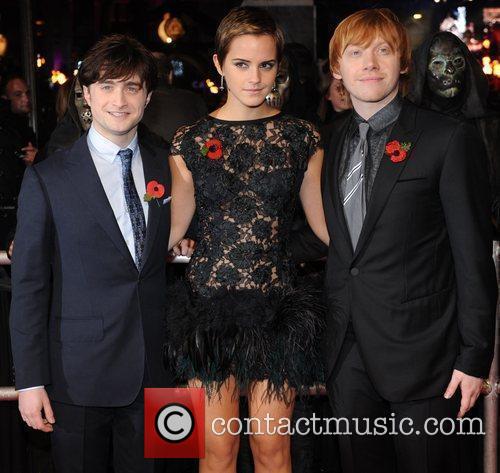 Dine like Harry, Hermione and Ron at Hogwarts this Christmas.

The event will take place on Thursday 3rd December, but tickets don't come cheap and are priced at £230. The event is also only opened to fans aged 18 years and over.

More: Daniel Radcliffe Reveals His New Look For His Role In ‘Imperium’ – Take A Look!

So what do you get for £230 at Hogwarts? Well guests will find wands waiting for them on their tables when they arrive and they’ll be sitting on the same set that was used for the actual films. They’ll also be using the same props that were used in the first Harry Potter film.

There’ll also be Christmas trees, decorated with golden baubles shaped like moons and partridges. After enjoying the Christmas spread, guest will be able to take a peak at the Gryffindor common room as well as the Hogwarts Express locomotive and the Weasley’s kitchen from The Burrow. They’ll then take a trip to Diagon Alley, before finishing the evening with music and dancing.

But if you’re not lucky enough to grab yourself a ticket, you can still experience the Christmas feeling at Warner Bros. Studio, with the 'Hogwarts in The Snow' feature. 'Hogwarts in The Snow' will run from November 13th to January 31st and also allow visitors to take a look at the Great Hall decked out for the holiday season.