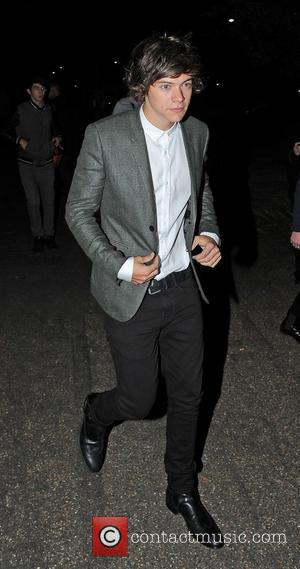 Though most of the group partied until the early hours, the scrappy young Harry Styles left early in a Range Rover. To be fair to the One Direction singer, he’s had a pretty busy week attending the various shows at London Fashion Week. He took up a front row seat for the Burberry Spring/Summer 2013 catwalk collection, though hardly sounded specialist on the subject of women’s fashion when quizzed by the Press Association. “I like coats and it's cold so they always have to wear coats, so it's great,” he said, adding, “I thought the show was great. I liked the colours - they're not too much, they're quite subtle. I think their winter stuff's wicked.” So he basically likes the coats and the colours.