One Direction singer Harry Styles enjoyed a holiday with friends Gary Barlow and James Corden as the trio stayed at the old Goldeneye home of James Bond author IAN FLEMING. 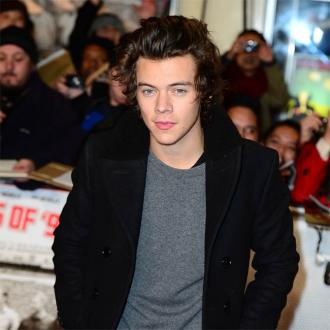 The late author penned many of James Bond's spy adventures at the Jamaican property, and the British trio took the chance to have a relaxing few days before a busy month professionally.

Speaking to The Sun newspaper, a source said: ''The boys had a great time together - full of lots of laughs and all very chilled.''

According to reports, the One Direction heart throb attended yoga classes during their warm weather break, although his famous friends opted out.

After their brief time away, the trio will now be jumping back into work, with the Take That singer continuing his work on the band's upcoming return.

Meanwhile, Harry and James will be looking ahead to the Brit Awards on Wednesday (19.02.14), which will mark the comedian's final time hosting the annual event.

While Goldeneye was where many of Ian's 007 tales were written, it was later bought by reggae icon Bob Marley, and is now owned by Island Records boss Chris Blackwell.