Harry Styles fancies Rosie Huntington-Whiteley and would consider her to be the ''most beautiful woman in the world'', claiming ''it's her face.'' 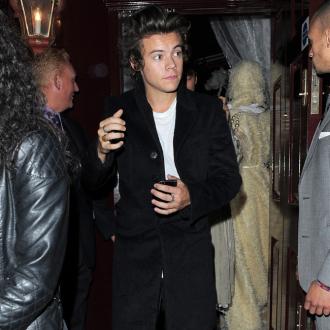 The 19-year-old One Direction star - who has been romantically linked to a number of women including Taylor Swift, Cara Delevingne, Caroline Flack - thinks the supermodel is stunning and puts it down to her beautiful facial features.

The hunk was quizzed on his taste in women by a reporter, who asked: ''Who is the most beautiful woman in the world? Other than your mother, sister or girlfriend?''

Rosie - who is in a relationship with Jason Statham - gushed about 1D - which also includes Liam Payne, Louis Tomlinson, Zayn Malik and Niall Horan - during an interview earlier in the year.

She said: ''They're so sweet. Very nice to meet them, I'm going to the concert tonight - I'm very excited.''

Meanwhile, the band are currently on the Australian leg of their 'Take Me Home' world tour where they are set to take to the stage in the country's culture capital Melbourne at the Rod Laver Arena.