Harry Styles reportedly had a secret fling with Nicole Scherzinger while she was on a break from Lewis Hamilton in late 2013. 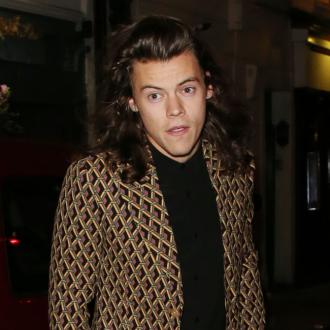 Harry Styles had a secret fling with Nicole Scherzinger.

The One Direction heartthrob, 21, reportedly hooked up with the former 'X Factor' judge, 37, while she was on a break from Lewis Hamilton, 30, who she split from permanently in February after seven years of dating, in late 2013.

A source said: ''They had a dalliance at the end of the 'X Factor' in 2013 and met up again early last year.

''Harry was obviously very taken by Nicole who is stunning and he had always looked up to her.

''She was a guest judge on 'X Factor' at the time One Direction were formed and has always claimed credit for putting the band together, even though Simon Cowell says it was his idea.

''But they hooked up over three years later when Harry had matured and was a member of the world's biggest band.

''Harry was 19 at the time but had an old head on his shoulders because he'd already been in a relationship with Caroline Flack, who was 14 years older than him.''

But friends close to the former Pussycat Dolls beauty, who was recently linked to Ed Sheeran, 24, insist their romance was never serious.

One insider told the UK's The Sun newspaper: ''Yes they did snog and got on well, but they never dated.''