Harry Styles: 'Shows Without Zayn Malik Are Best We've Had'

Harry Styles Is Adamant One Direction's Shows Since Zayn Malik Left The Band In March (15) Have Been "Some Of The Best" They Have Ever Had. 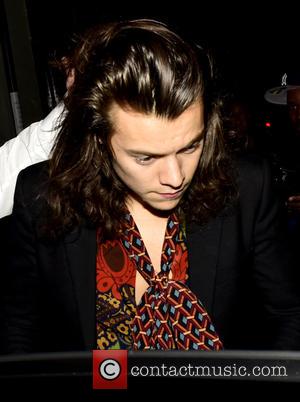 The British boyband has continued touring since Malik's departure on 25 March (15), and Styles has now told Entertainment Weekly that they are thriving without the singer, saying, "There have been incredible shows across Europe. Some of the best we've had!"

Styles also reveals they have not modified their setlist, and Liam Payne has stepped up to sing a lot of Malik's parts, including a big solo in their track Story of My Life.

He adds, "The only changes have been that the parts Zayn sang have been picked up by different people. Other than that, the shows have been going absolutely great... It would be pretty devastating if we took that song (Story of My Life) out. Liam stepped up to do the high notes. He kicks them in the b**locks every show. He doesn't hold back."

MTV: Harry Styles: 1D Is Having The 'Best' Shows Ever Without Zayn Malik ...