Harry Styles has been busy writing a multitude of tracks for his fast-looming solo career and already has 20 in the bag. 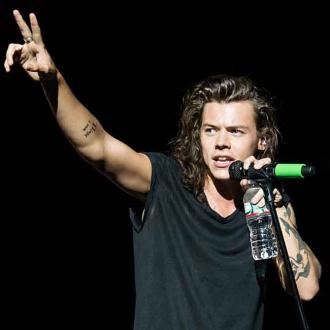 Harry Styles has put pen to paper on 20 songs for his solo career.

The 21-year-old hunk has crafted nearly two dozen tracks so far, having been holed up in the studio since One Direction announced they will be taking an extended hiatus after the release of their fifth studio album in March 2016.

A source said: ''Harry has been writing constantly both when on the road and when doing his own thing.

The singer has lots of practice writing outside of the band, having penned a track entitled 'A Little Bit of Your Heart' for pop star Ariana Grande's album.

He's also the biggest writer out of all One Direction members, including former bandmate Zayn Malik, having co-written on 35 songs during their five years together.

But Harry is now ready to focus on his own work.

The insider added to The Sun newspaper: ''Some of what he's written in the past has been given to the band. But he's been working hard on creating his own sound.''