Harry Treadaway says starring in 'The Lone Ranger' was an incredible experience because he got to work with such talented actors as Johnny Depp and Armie Hammer. 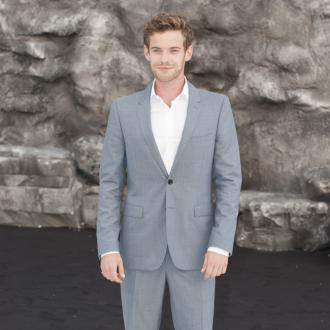 Harry Treadaway says working on 'The Lone Ranger' was ''an amazing experience''.

The 28-year-old English actor plays Frank, a member of the ruthless outlaw Butch Cavendish's gang, alongside Johnny Depp and Armie Hammer in the new Western movie and admits it was a privilege working with such talented co-stars.

Speaking at the UK premiere of the Disney film at the Odeon cinema in London's Leicester Square on Sunday (21.07.13), Harry told BANG Showbiz: ''It was an amazing experience working with just incredibly talented people who are the best at what they do in the world.''

Harry compared making the film to working on a musical album where the end product comes together after a long period of time.

He added: ''Doing this is like making an album because you go away somewhere because there are different elements and you are doing it at different times and you do some of it at 6[am] in the morning and then the next bit of that bit would be four months later.''

Harry spent months shooting the production in the US and was totally at home by the end of his time in the country even though he thinks America is a ''totally different world''.

He explained: ''I'm from Devon. I'm from the countryside in England so to be out there it was a totally different world and by the end of it I felt like I hadn't lived anywhere else. There was a sandstorm, there was all sorts of weather conditions and throughout all those elements for that amount of time was an experience.''

Harry was joined on the red carpet by Armie and Johnny - who play the titular ranger and Native American warrior Tonto.