'Artemis Fowl' must be pretty special, given Weinstein's drive to get the project made. 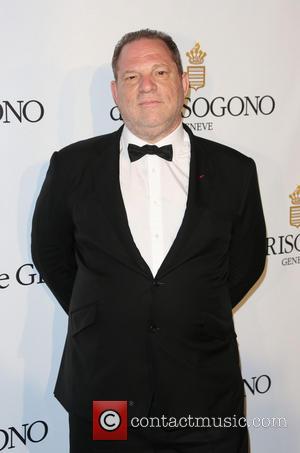 Well, this has come from leftfield. After leaving Disney in 2005 to set up The Weinstein Company, the most powerful man in Hollywood is re-teaming with his old employer for an intriguing little animation.

Harvey Weinstein has announced he is developing an adaptation of Artemis Fowl for the big-screen with Disney.

"If you would have told me five years ago I would be producing a project with Disney I would have thought you were crazy," said Weinstein in a statement to the Hollywood Reporter, "I feel as though everything is coming full circle considering Bob De Niro and Jane Rosenthal brought me this book while I was still at Miramax and within hours I told them I wanted the rights to the film."

Artemis Fowl - a sci-fi series of books focusing on a teenage criminal mastermind - was initially purchased by Miramax in 2001. The company was originally run by the Weinsteins and development saw several drafts and a succession of writers and directors.

Harvey and brother Bob Weinstein left the company in 2005 and formed The Weinstein Co, the project falling under the Disney banner and lying dormant for years.

Now, Fowl is back in the works with a screenplay from Harry Potter and the Order of the Phoenix scribe Michael Goldenberg. Weinstein is on-board as an active producer, while De Niro and Rosenthal act as executive producers.

Casting directors will be looking for a sprightly young thing to play Artemis, the 12-year-old millionaire genius who doesn't know what he's taken on when he kidnaps a fair to harness her magic to save his family. "These aren't the fairies of the bedtime stories - they're dangerous," said Disney.

As with Harry Potter, the books already have a huge following with the series selling more than 21 million copies in 44 languages worldwide. Robert De Niro Was Instrumental In Getting 'Artemis Fowl' Made