The Weinstein brothers sold the movie rights of J.R.R. Tolkien's books to Warner Bros for 5% of gross receipts back in 1998. They claim the movie studio is refusing to share the profits from the second and third 'The Hobbit' films. 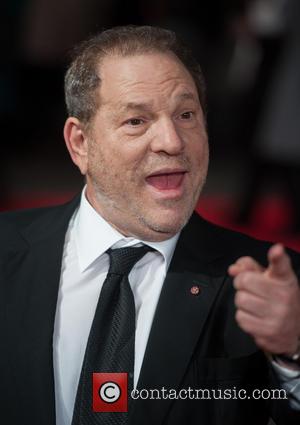 The Weinstein brothers have filed a lawsuit against Warner Bros. and its New Line Cinema due to claims that they are owed money from 'The Hobbit' film series.

The documents were filed in New York on Tuesday (Dec 10th).

The allegations stem from 1998 when Miramax, owned by the Weinstein's, sold the movie rights of J.R.R. Tolkien's 'The Hobbit' and 'The Lord of the Rings' to New Line Cinema, a branch of Warner Bros.

According to the court papers, obtained by the NY Daily News, the Weinstein's already spent $10 million adapting the stories into films before selling the rights.

To compensate for their heavy spending, New Line struck a deal to pay 5% of gross receipts for the 'first motion picture' based on the 1937 Tolkien novel but not any 'remakes' based on the books.

The defendants, Warner Bros. and New Line Cinema, claim it was a business mistake by the Weinstein brothers when they sold the rights.

"The agreement speaks for itself," said Warner Bros. spokesman Paul McGuire. "It expressly provides that Miramax be paid only on the 'first' Hobbit motion picture, and that any disputes about 'payment' are subject to arbitration. Nothing could be clearer."

The court papers argue that "the three-part motion picture collectively tells the entire story of The Hobbit" therefore they are entitled to profits made from the second and third films.

"Collectively, the three instalments comprise a work based on 'The Hobbit' in which Plaintiffs are to share," the lawsuit reads.

The Weinstein's and Miramax, which the brothers founded said, "This case is about greed and ingratitude, Warner takes this position solely to deprive plaintiffs of their right to share in the revenues from two of the three filmed instalments of 'The Hobbit.'" (via Reuters).

They filed the lawsuit three days before the Peter Jackson directed, 'The Hobbit: The Desolation of Smaug' is released, which is scheduled to go worldwide on December 13th.

Watch 'The Hobbit: The Desolation of Smaug' trailer here