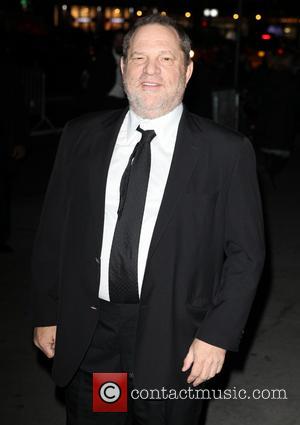 Harvey Weinstein's company spent around $2 million in acquiring the rights to the drama 'Fruitvale' following its screening at the Sundance Film Festival, according to a person close to the film who was not authorized to speak on record, reports the Los Angeles Times. The independent festival - founded by actor Robert Redford - is a hunting ground for Hollywood big-wigs searching for the next hit movie.

A couple of years ago, he snapped up The Details and My Idiot Brother at the festival, two independent movies that did well critically, though provided little commercially. However, The Weinstein company has plenty of room to take risks following successes in the form of The Kings Speech, The Reader, Inglorious Basterds, Django Unchained and David O Russell comedy, Silver Linings Playbook. The company's latest acquirement, Fruitvale, is based on the 2009 shooting of the 22-year-old African American father Oscar Grant by a BART police officer in Oakland, an event that sparked outrage among community activists. It stars the up-and-coming Michael B. Jordan in the lead role, best known for playing Wallace in HBO's critically acclaimed series The Wire, and as Vince Howard on Friday Night Lights. The movie is written and directed by Ryan Coogler and follows Grant in the 24 hours leading up to his death, during which he spends time with his family and decides to stop dealing marijuana.

The acquisition comes hot on the heels of Relatively Media's purchase of Joseph Gordon-Levitt's sexual obsession story "Don Jon's Addiction" for around $4 million. The company is behind movies such as The Fighter, Dear John and the huge grossing Immortals. The Wire's Michael B. Jordan Stars In Fruitvale