Hayden Panettiere has revealed she loves to drink in a pub belonging to a Santa Claus lookalike in Nashville, Tennessee, and says the bar has the atmosphere of ''someone's living room''. 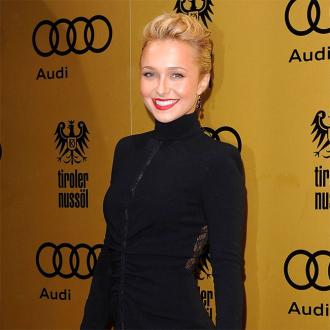 Hayden Panettiere has revealed her favourite pub belongs to a Southern ''Santa Claus''.

The 'Nashville' says the place she most likes to drink at in Tennessee is run by a Father Christmas lookalike in a trailer because it has a fantastic atmosphere and karaoke.

Hayden, 23, is a fan of Santa's Pub because she doesn't get bothered there by paparazzi.

She told Stylist magazine: ''We have this amazing place in Nashville called Santa's Pub. It's literally a double-wide trailer.

''The guy who runs it has a white beard and looks just like Santa Claus, minus the belly.

''It's so much fun and no one bothers you or gives you a hard time. It almost feels like you're in someone's living room.''

On occasions Hayden even steps up to the mic and belts out some of her favourite songs, like Journey's 'Don't Stop Believin' without being bothered.

She added: ''Sometimes I'll hit 'Don't Stop Believin'. Sometimes it sounds brilliant, and sometimes it's, er, not so brilliant.''

The former Heroes star - who has rekindled her relationship with World Heavyweight Champion boxer Wladimir Klitschko after being apart from him for over a year - doesn't only party when she's in Nashville and also likes to enjoy the night life in her native New York.

Hayden said: ''I'm a New Yorker so Jay Z always makes me get out there on the dancefloor.''