Hayley Atwell to co-star in Cinderella

Hayley Atwell will have a small role in Disney's new adaptation of 'Cinderella' directed by Kenneth Branagh. 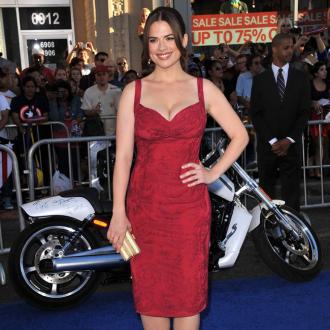 Hayley Atwell will co-star in Disney's new adaptation of 'Cinderella'.

The 'Captain America: The First Avenger' actress confirmed she will appear in Kenneth Branagh's new take on the classic fairytale story and has already begun filming scenes in London.

She wrote on Twitter: ''Shooting Kenneth Branagh's Cinderella in Pinewood this week.''

The British beauty also discussed her latest role in an interview with BBC News, revealing that she will be playing Cinderella's biological mother in a scene set in the past.

She said: ''My character? When Cinderella is five-years-old she loses her mum and she's a good mum, that's all I can really say, that it's her biological mum.

''I'm really looking forward to working with [Branagh], he knows how your mind works, so its wonderful. He's very thorough, like a theatre director. It's with Cate Blanchett as well so I'm in very good company - she's quite an extraordinary artist and I've been huge fan of her work.''