The late actor and the ‘Kath and Kim’ star shared a snog during the 2006 AFI Awards.

A video featuring the late Heath Ledger and ‘Kath and Kim’ actress Magda Szubanski from 2006 went viral this week, after being featured in a Throwback Thursday post. The funny clip shows Szubanski in character as ‘Kath and Kim’s’ Sharon, freaking out upon seeing the actor on the red carpet and then getting a kiss on the lips from the hunk. 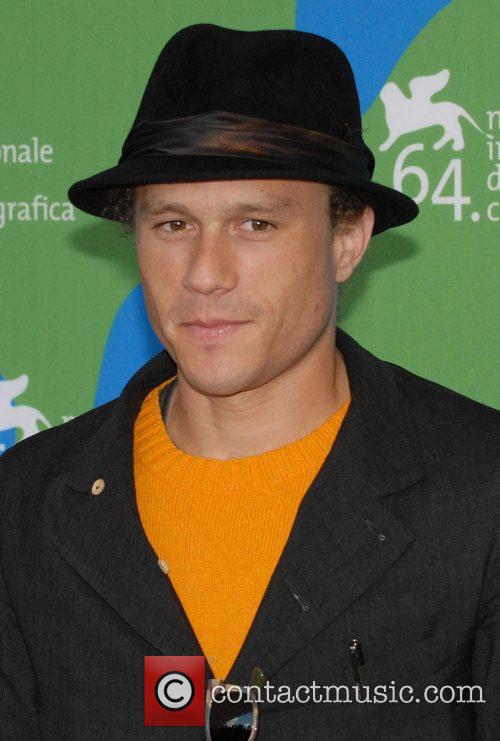 An awards show video of Heath Ledger from 2006 has gone viral.

As Ledger was about to be interviewed on the red carpet, Szubanski comes up behind him and screams, making the actor jump. But Ledger handles it like a pro and gives the over-excited Sharon a kiss on the lips and even strokes her face, causing her to drop to the floor.

More: Jake Gyllenhaal Opens Up About His Pain At Losing Heath Ledger

Later in the night, as luck would have it, Sharon and popstar Danni Minogue presented the reader’s choice award, for which Ledger had been nominated. Sharon appeared on stage with an unsightly rash on her face and told the audience, "I'm a little bit over-excited tonight, because when I was on the red carpet, I met Heath Ledger and now I have a little bit of a case of Heath Rash."

"And you know, it's really funny, actually, Danni, cause I always thought he was gay,” she continued. Then, after nervously opening the envelope, Sharon got to reveal that Ledger had one the award and the two were reunited after their red carpet snog.

"I'm sorry about his," Ledger told her, pointing to the facial rash. "I had the same thing happen to me when I made out with Jake [Gyllenhaal].” At the time Ledger had been winning nearly every award going, thanks to his role in Brokeback Mountain opposite Jake Gyllenhaal.

Take a look at the hilarious clip of Heath Ledger and Magda Szubanski (as Sharon) below: