Heather Graham, the Hollywood actress probably best known for her role as a stripper in The Hangover trilogy, says the movie business is fundamentally sexist. The Boogie Nights star made the statement during a Q&A with Esquire magazine. Graham - who has also played the 'sexy mother' in Judy Moody, Goodbye to All That, Petals On The Wind and Californication - said: "I'm just glad to be working. I'm not actually a mom in real life, so it's fun to pretend to be one.I like to approach things the same in art as in life. You can choose to look on the positive side and enjoy whatever roles you're given. You can find the silver lining in anything."

After the interviewer called her remarks the most "optimistic" thing he'd ever heard about Hollywood, Graham clarified: "I'm not saying the movie business isn't sexist," she continued. "It's totally sexist. If you look at all the movies being made these days, 80 percent of them are about men."

"There's not much I can do about it," she said. "It's a sexist world and a sexist industry. But I've been very lucky as an actress, to work as much as I have and as consistently as I have. And when you don't see the kind of stories out there that represent you, you have to make them yourself."

Graham also revealed that she's writing a female-driven film about "sex from the female point of point," adding, "I don't see anything in film about women who want to have sex. I don't see myself and my friends represented. When do you ever get to see a movie from the point of view of a woman who's more interested in having really great orgasms than finding a husband? I would say almost never." 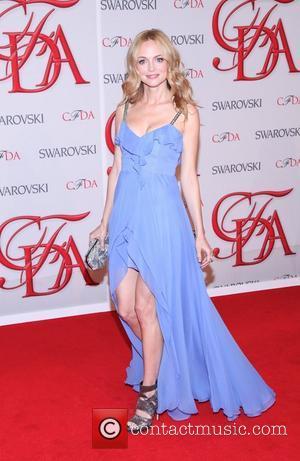