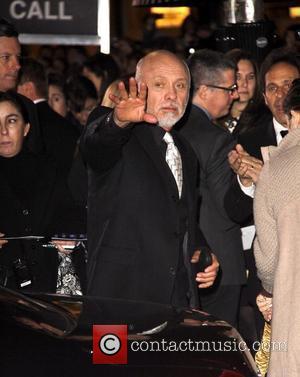 Veteran actor Hector Elizondo had to hide his horror when he found himself on top of the famous New York glitter ball used to count down the New Year in his latest film.
The star reteamed with his Pretty Woman director Garry Marshall for new film New Year's Eve and was terrified when the filmmaker made him challenge his fear of heights for a scene in the star-studded project.
He tells WENN, "With Garry there's usually some inducement or perk with doing certain jobs. This time it was, 'You don't have to go to New York and be on the ball. We're doing it on green screen at Warner Brothers.' I said, 'That's good because it's March and there are snowstorms.'
"Then the phone call came: 'Guess what, we're going to New York and you're gonna be on the ball in March.'
"I'm a fellow who gets dizzy licking an airmail stamp, so being on top of the ball 40 storeys above ground at 2.30 in the morning when it's below zero with the windchill factor and having to look relaxed, while not being able to go to the bathroom for four hours was a big challenge! That was an experience."