Heidi Klum's romance with Vito Schnabel is getting serious and she is reportedly planning on introducing him to her children. 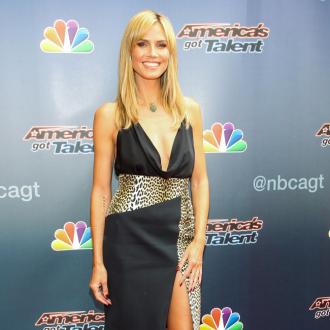 Heidi Klum's romance with Vito Schnabel is getting serious.

The 40-year-old model began dating the 27-year-old art dealer in February and their romance seems to have hotted-up since the couple were spotted all over each other during a trip to Tulum, Mexico earlier this month.

An eyewitness told star magazine: ''She threw herself into Vito's arms as the two shared passionate kisses.

''From the way they behaved in Mexico, it's looking like their relationship advanced from a romantic fling to the real thing. The getaway was Heidi's way of telling the world that he doesn't give a dam what people think.''

Heidi's ex-husband Seal is not impressed by her toyboy lover but she is ready to introduce Vito their children - including sons Leni, Henry, Johan, and daughter Lou.

An insider said: ''Heidi's preparing to introduce him to her children. That's a strong indication she's in this for the long run.

''Vito has brought some excitement to her life. He has moved in pretty quickly and seems to be providing exactly what Heidi needs at this time.

''She's so happy that it wouldn't surprise me if Heidi shocked the world and made him husband No. 3.''