Heidi Klum is back on the market as the supermodel split from her bodyguard boyfriend Martin Kirsten "a few weeks ago". 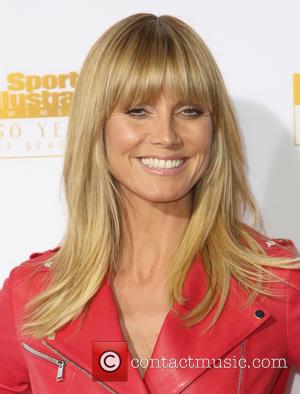 Heidi Klum finds herself a single women once again.

The supermodel has split from her bodyguard boyfriend Martin Kirsten after dating for a year and a half.

People reports, the pair separated around two weeks ago.

The 40 year-old began her relationship with Kirsten in the summer of 2012, only two months after filing for divorce from her seven-year marriage with British singer Seal.

"Martin was there for her during a challenging time in her life and it was something she will always be grateful for," a friend close to Klum told the mag.

The pair have also severed ties professionally due to complications that could arise from working together.

"They are no longer working together," another source stated. "Life is about timing. He was incredibly supportive and they were there for each other, but they're moving on now. They still have a great friendship."

"He's been with our family for the last four years . . . He's cared for our entire family, mostly for our four children, helped us tremendously." Klum told Couric. "I trust him with my children's life. He's a great man . . . and we just got to know each other from a completely different side."

Heidi shares four children, Leni, 9, Henry, 8, Johan, 7, and 4-year-old Lou, with ex-beau Seal, who have yet to finalize their divorce.

At the time of their split, Seal and Heidi realised a joint statement which read, "While we have enjoyed seven very loving, loyal and happy years of marriage, after much soul-searching we have decided to separate." Heidi with Martin Kirsten and her four children