Heidi Klum says she doesn't want more any more kids as she has her hands full with her four children, Leni, nine, Henry, eight, Johan, eight, and four-year-old Lou. 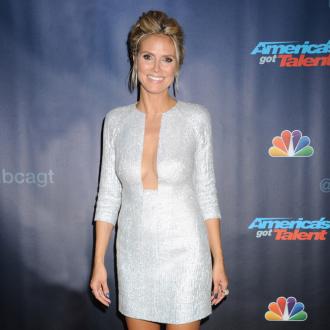 The German supermodel, who has four kids - Leni, nine, whose father is Italian businessman Flavio Briatore, and Henry, Johan, and Lou, her kids with ex-husband Seal - isn't interested in adding to her brood as she has her hands full already.

The 40-year-old beauty also lamented on her lack of sleep due to her children all being under 10, adding to E! News: ''I'll sleep when I'm old. I don't have time for any of that now.''

The 'Project Runway' star is planning a low-key Christmas at her home in Los Angeles and says she began buying presents for her family and friends several months ago.

Heidi revealed: ''I start in the summer! I start everything early. I'm a planner. You have to be organised. I have lists, pages and pages of lists.

''We're going to stay put [for Christmas]. My mum and dad were just here. It was so nice. So we're just going to hang at home. It's nice to be home.''

Meanwhile, Heidi isn't interested in receiving any store-bought gifts and loves when her children spend time on hand-crafting her presents made with love.

She enthused: ''I want my kids to make something for me. I have a whole wall that's dedicated to all the things they've made for me.''