Supermodel Heidi Klum Is The Proud New Owner Of A Giant Plastic Snail After Coaxing Her Boyfriend Vito Schnabel To Bid For The Art Piece At The Amfar Charity Auction In Milan, Italy. 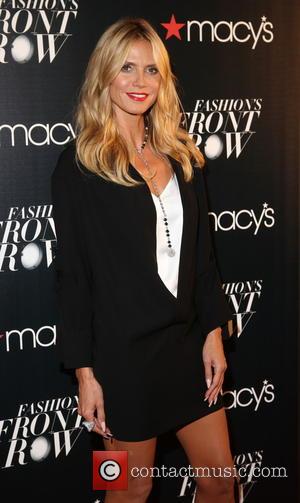 The German beauty served as the event's chair on Saturday (26Sep15) and helped to boost the price of the large sculpture by publicly teasing her partner.

"Vito, I thought you were going to buy me the snail!", the stunner joked at the bash.

The art dealer, son of filmmaker Julian Schnabel, obliged and placed the winning bid of $22,000 (£13,750) for the 11-foot (three-metre) tall snail, created by the Cracking Art Group.

Klum later revealed she plans to place the creation in her garden.

The Milan amfAR event, which featured a performance from Harry herself, raised a record $1.6 million (£1 million) for the AIDS research charity, the most in its seven-year history.