German Supermodel-turned-reality Tv Personality Heidi Klum Has Reportedly Set Her Sights On Purchasing Her Own Private Island Off The Coast Of Connecticut. 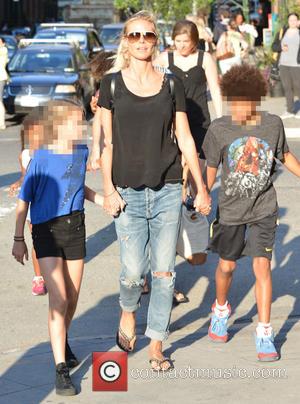 The Project Runway star is based in Los Angeles with her four children, but she is said to have expressed an interest in Tavern Island, a $10.99 million (£6.87 million) piece of land which boasts views of the New York City skyline, according to the New York Post.

The three-and-a-half acre island features a six-bedroom Tudor mansion, dating back to 1900, a guest house, a boat house and a pool, in addition to a private beach.

Tavern Island was previously owned by theatre mogul Billy Rose, who was known for throwing lavish parties at the home for guests including Marilyn Monroe in the 1950s and '60s.

Klum has yet to comment on the rumours, but if the claims are true, she'll join the likes of Mel Gibson, Tyler Perry, Celine Dion, Richard Branson and Johnny Depp, who are all celebrity island owners.