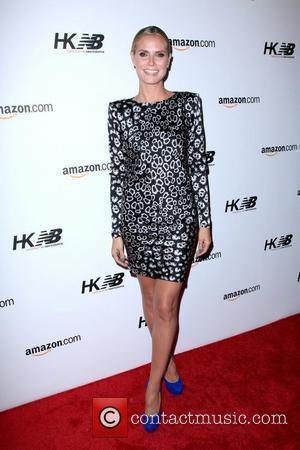 Heidi Klum, who retired from modelling for Victoria Secret last month, has been confirmed as the new face of Ann Taylor, and has also announced plans for a new television show. 37-year-old Klum will feature in the clothes retailer's 2010 Christmas campaign which will be shot by British photographer Rankin, according to the New York Daily Post.
However, as well as taking over from Naomi Watts at Ann Taylor, Klum has a new television show in the works. According to Variety Magazine, the Lifetime network have green-lighted 'Seriously Funny Kids', which is due for a 2011 launch and will see the model both hosting, and acting as executive producer. 20 half-hour episodes are initially set to air, with Project Runway's DESIREE GRUBER and JANE CHA also part of the team. 'Lifetime' general manager NANCY DUBUC said "Funny Kids' will continue to diversify our original programming schedule".
Klum is currently the host of 'Project Runway', a reality show based on finding new fashion designing talent. The contestants compete with each other to create the best clothes and each week their designs are judged by Klum and a panel of experts before one contestant is eliminated.