Heidi Klum says her new toyboy boyfriend, Vito Schnabel, is kind and compassionate and admits she is smitten. 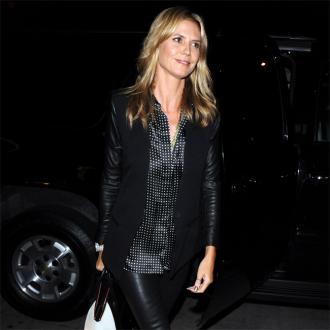 Heidi Klum says her new boyfriend is kind and compassionate.

The 40-year-old model, who started dating Vito Schnabel in February just weeks after she announced her split from her bodyguard Martin Kristen, is completely smitten with the 27-year-old art dealer.

Asked what makes their relationship work, the German beauty said: ''I look at people with my heart. I look for their kindness and humour and compassion.''

Friends close to Heidi recently predicted that she could marry her toyboy boyfriend in the near future.

One insider said: ''She's so happy that it wouldn't surprise me if Heidi shocked the world and made him husband number three.''

The 'America's Got Talent' judge, who has four children, Leni, nine, Henry, eight, Johan, seven, and Lou, four, with her ex-husband Seal, admits she feels very lucky and has been working with the American Red Cross for 10 years because she thinks it's important to give back.

She told PEOPLE.com: ''I try to get a lot of goodies from the people I work with. I realise how fortunate I am. When you go out into these desperate situations, when you sit at a hospital with sick children of course it changes you. We are used to seeing horrifying catastrophes on television, but when you are about to go and be there and see the sadness on people's faces and the things they just lost, it makes a huge difference.''